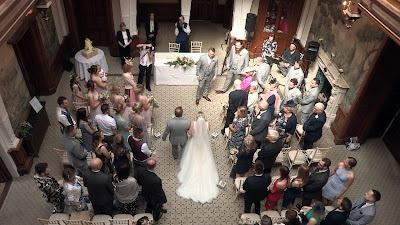 On Saturday 20th April I captured the #wedding of Luke and Jenna at Clevedon Hall. It was another glorious day with the sun out and temperatures very warm. My day started over the cottages with Jenna and her bridesmaid's. The was a hair and make-up station. Jenna was having her hair styled, mum was on drinks duties and Sophie one of the bridesmaids was curling Ella's hair. It was very relaxed and everybody was getting on with preparations very well. 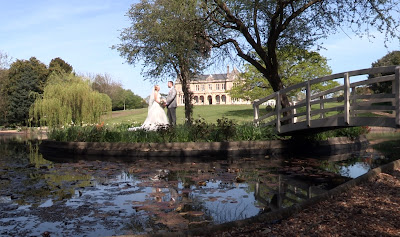 Just before Jenna moved access to her bridal room there was a chance to pop open a bottle of bubbly and have a cheers shot. At Clevedon Hall I set up all the dresses and captured the details. Jenna began to have her make-up applied and as breakfast arrived I decided to find Luke. He was at the pub opposite outside in the gardens with his groomsmen meeting and greeting guests. Luke and the groomsmen finished they're drinks and drove to the front doors of Clevedon Hall. I showed one of the groomsmen how to put the bottom holes in and then I captured a group shot and a walking shot. Sam Eason Music was was set up and performing a selection of acoustic song while guests took there seats. I went back to see Jenna having her dress done up and the moment her dad saw her for the first time. There was a lovey ilse walk and the wedding had 3 beautiful readings.

After the wedding, Sam set up outside and started to perform more amazing music. This really added to the atmosphere, there was was also a big surprise when father of the bride got on the mic and did a duet with Sam. Black rose photography set up the big group shot followed by the group pictures. I went of into the wedding breakfast room to capture the details, guests were called to the room shortly afterwards to sit down. Jenna and Luke went on a romantic shoot around the grounds before being called in for the wedding breakfast. The speeches were very entertaining. Guests were up cheering, singing and there was also a lot of laughter. 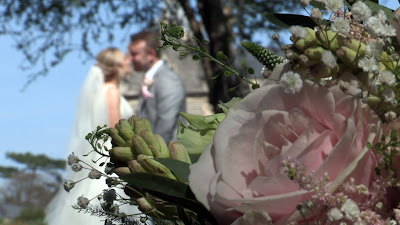 My evening started by getting special guest messages with the help of a bridesmaid and usher. Guests relaxed in the gardens while the party room was being set up. Once the cake had been cut Kieran ClarkeEntertainment announced the first dance followed by the bride and dad dance. Afterwards there was one last surprise and dad had arranged for a little tribute to Boyzone. Dad and 4 friends took to the dance floor with mics and sang. This kick started the party and the dance floor soon filled up. Congratulations Luke and Jenna x 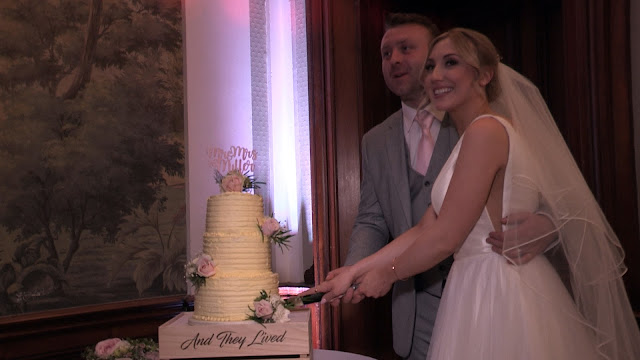 Popular posts from this blog

April 15, 2019
On Saturday 13th April I captured the #wedding of Karl and Amy at Clevedon Hall. It was the perfect day with the sun out, blue skies and not to windy. On my arrival getting shots of the grounds I came across the Clevedon Hall Herring and also a mother duck with about 15 baby ducks. I started my day with Amy and her bridesmaid's.
There was a make-up station and a hair station. Everybody was relaxed and enjoying the day. It wasn't long until Karl arrived with Amy's dad in his special car. The groomsmen were very early but with good reason, they were heading to the pub opposite Clevedon Hall for a couple of drinks. By now Amy was having her hair styled, I captured her dress along with the brides maids dresses. There was also a gift from Karl and a lovely note. Once Amy's hair was completed she popped open a bottle of bubbly and everybody had a big cheers shot. Afterwards I walked to the pub and watch the groomsmen walk back to Clevedon Hall, Karl got his button hole put o…
Post a Comment
Read more

March 26, 2019
On Sunday 24th March I captured the #wedding of Matthew and Katherine at Eastwood Park. It was a glorious day with sun shine and blue sky. My day started with Katherine at her parents house for bridal preparations. There were hair and make-up stations and upon my arrival Katherine was having the finishing touches to her make-up.  I went upstairs to capture the dresses, shoes and jewelry, when I had finished Katherine was now on to her hair station.  Mum had a big box with a number of presents in from Matt. Just before I left for Eastwood Park I captured a cheers shot, but Katherine had a cup of tea with the brides maids each having a glass of Prosecco. At Eastwood Park and the first people I met were Matt and his best man, with top hats and really excited for the day ahead. The ushers and first set of brides maids arrived followed by lots of guests. Toastmaster John led the guests to the ceremony room ready for the arrival of Katherine, dad and her bridal party. After the wedding guests…
Post a Comment
Read more

February 06, 2019
On Monday 4th February I captured the #wedding of Mitch and Charis at Coombe Lodge. The weather was clearing and it was set tube a lovely day. My day started with Charis and her bridesmaid's. There was a hair and make up station and this was even special as it was Charis's good friends helping her get ready. The dress was from A Class Brides and it looked truly stunning with one of the biggest trails I've seen in recent months. Mitch was also getting ready in another room and it was  nice seeing him and his groomsmen sort out final preparations all the suits were provided by The Orginal Mobile Menswear. Sam the best man got everybodys button holes on and then all the guys went down stairs for a few pictures outside. Charis was now in her dress with mum helping do up the buttons at the back. Dad then walked in to see her for the first time followed by the bridesmaids. Down stairs and guests had taken there seats ready for the wedding ceremony to begin. ClaireDibble Harpist …
Post a Comment
Read more